About One Big Union, Judi Bari, and Steve Ongerth.

One Big Union (The Book)

One Big Union: The whole story behind the bombing of Judi Bari and Darryl Cherney

On the morning of May 24, 1990, two activists, Judi Bari and her friend and comrade Darryl Cherney, set out from Oakland, California, while on a tour to organize support for a campaign they had organized called Redwood Summer. They were part of the radical environmental movement known as Earth First!, which had a reputation for militant tactics, including the sabotaging of logging and earth moving machinery as well as spiking trees—the act of driving large nails into standing trees in order to deter logging operations. The previous year in Arizona, five environmentalists, including Peg Millett and Earth First! cofounder Dave Foreman, had been arrested and charged by the FBI for a conspiracy to sabotage power lines in protest against nuclear power. Some welcomed Earth First!’s uncompromising reputation. Others denounced them as reckless, or even as terrorists.

According to the mainstream media, Earth First!’s radical agenda earned them the animosity of the timber workers whose jobs the environmentalists supposedly threatened. They were described as “outside agitators” (among many other things) who had “polarized” the timber dependent communities of northwestern California’s redwood region—historically known as the “Redwood Empire”, but more recently as the “North Coast”—with their militant and uncompromising “environmental extremism.” Their alleged had-line anti-logging stances were seen as too extreme even by most environmentalists, and they supposedly stood upon the radical fringes of the ecology movement. Redwood Summer was reportedly planned as a summer-long campaign of direct actions by these “fringe” environmentalists to thwart the harvesting of old growth redwood timber in northwestern California, specifically Humboldt, Mendocino, and Sonoma Counties.

On May 24, however, Bari’s and Cherney’s planned destination was Santa Cruz County, where—just one month previously—power lines had been sabotaged by unknown perpetrators calling themselves the “Earth Night Action Group”. Just before 11:55 AM a bomb in Bari’s car exploded, nearly killing her and injuring Cherney. Within minutes the FBI and Oakland Police arrived on the scene and arrested both of them as they were being transported to Highland Hospital. The authorities called them dangerous terrorists and accused the pair of knowingly transporting the bomb for use in some undetermined act of environmental sabotage when it had accidentally detonated. The media spun the event as the arrest of two potentially violent terrorists.

In truth, however, Bari and Cherney were innocent. Earth First! was radical and militant, certainly, but they were also steadfastly nonviolent. Redwood Summer, far from being a campaign of terror, was modeled after Mississippi Freedom Summer and its original name was Mississippi Summer of the California Redwoods. The organizers of the latter had already renounced the tactic of tree spiking and had adopted a strict nonviolence code, based on a similar one adopted by the SNCC in the former. They had been the victims of violence but had consistently answered that with nonviolence. Further, Redwood Summer was not anti-logging or even anti-worker. It was anti-corporate logging, and it sought to draw attention to the plight of timber workers who were, according to Judi Bari, as much the victims of the clearcutting and liquidation logging practiced by the three principal timber corporations dominating the region (Georgia Pacific, Louisiana Pacific, and Pacific Lumber) as the forests themselves.

Bari and Cherney were not only Earth First!ers, they were dues paying members of the Industrial Workers of the World (IWW), the Wobblies, who had—in 1917—won the eight hour day through their radical point-of-production oriented unionism in spite of incredible opposition from the timber corporations then. Indeed, even some of the timber workers whom the media claimed were the sworn enemies of Earth First! were also members of the IWW and covertly working with Bari and Cherney. There were even a handful of timber workers who had openly declared their alliance with Earth First! and their support of Redwood Summer.

Furthermore, Bari and Cherney were completely unaware that they had been transporting an armed explosive, and investigations soon proved that the bomb was most likely intended to murder Bari while at the same time make it look like she had been transporting it to use in some act of industrial sabotage (even though it actually wasn’t). Following the bombing, the FBI and Oakland Police went to desperate lengths to try and “prove” the bombing victims were guilty, even to the point of providing false leads and manufacturing evidence. As for the Arizona arrests, these had been a clear case of entrapment by the FBI, by its own admission, and one of the organizers of the action that had led to the arrests had been an undercover FBI agent who had infiltrated Earth First! with the expressed purpose of discrediting the environmental movement. The bombing of Bari and Cherney had eerily similar “footprints” all over it.

This book explains why. 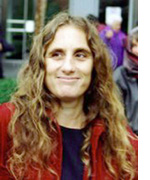 Judi Bari was an activist and organizer her entire adult life, beginning as a student activist at the University of Maryland in the early 1970s, later becoming a labor activist in the mid-to-late 1970s, and finally (after moving to northwestern California in the 1980s) becoming an environmental activist, where she joined in many campaigns to save old growth wilderness areas as well as fight for justice for timber workers.

There Bari worked to forge alliances between timber workers and environmentalists in opposition to corporate timber dominance, despite death threats and a bombing attempt on her life in 1990. The bombing case remains unsolved, but Judi Bari and Darryl Cherney successfully sued the FBI (and won their case in 2002). Bari continued her work until early 1997 when cancer claimed her life. The legacy of her efforts lives on today. 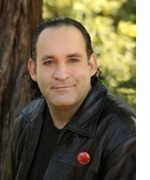 Steve Ongerth has been a member of the IWW since 1995. He became involved with the IWW after reading Timber Wars and meeting Judi Bari who inspired him to join the storied One Big Union. In 2013, he cofounded the IWW's Environmental Unionism Caucus to continue Judi Bari's work.

He has been a union activist since that time, having helped maintain the IWW website for over a decade and participating in numerous union organizing campaigns.

He also joined in the campaign to save Headwaters Forest from 1995-99. Since 1998 he has also worked as a deckhand (he just received his captain’s license) on the San Francisco Bay. This is his first book.